For the launch of Bundesliga CSI project in South Africa, a large scale mural with painted in downtown JHB

The Bundesliga and South Africa have developed a unique relationship over the years, from the likes of Sibusiso Zuma and Delron Buckley shining in the German top flight to the coming of age of Thomas Muller at the 2010 FIFA World Cup in Mzansi.

Known for precision, execution and aspirations of perfection, the league's latest visit is no different, with ambassador Lothar Matthaus making the 13 000km journey to Johannesburg for some heartwarming initiatives and to touch base with South African football fans who have been deprived of their world-class product over the past decade.

After a media briefing on Wednesday afternoon, the first act of the Bundesliga week in South Africa rolled out with an incredible mural created on the streets of Marshall Town - with the word "UBundesliga" emblazoned above autographed artwork of the two football icons.

With the play on words associated with Ubuntu, a special virtue of togetherness that the late Nelson Mandela engraved into our society, their actions in the community that followed embodied the phrase that has become synonymous with the nation's culture. 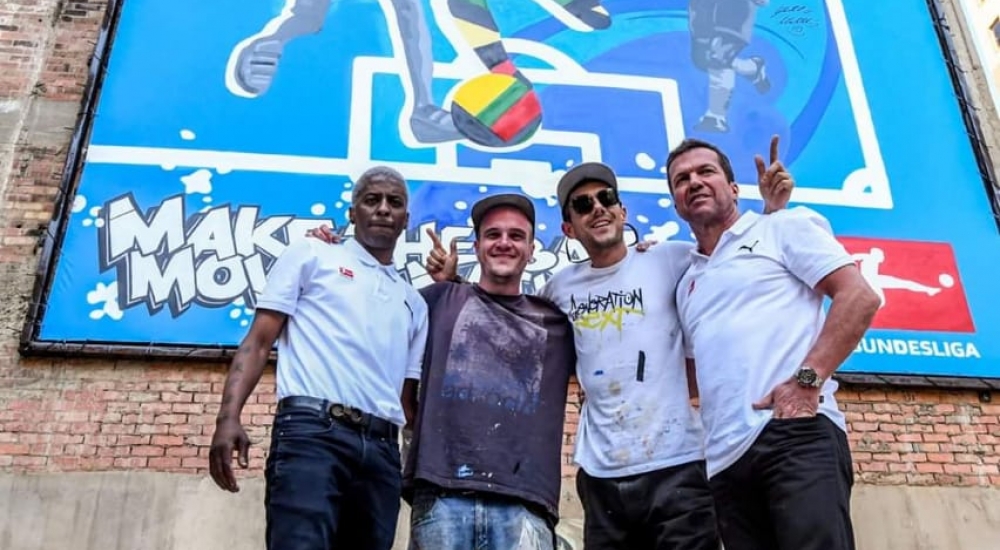