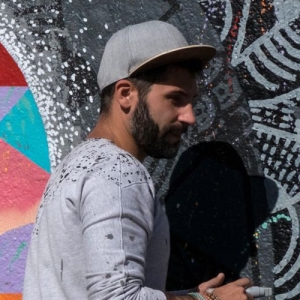 He became passionate about extreme sports at the age of 5, and joined theroller-skating community in 1996, at the age of 12. This was to have a bearing on his later works....

He then practiced capoeira for 15 years and also draws a large part of his inspiration from this period, exploring tribal motives in the graffiti works he produced during this time.

In 2006 he moved into the fashion industry as creator of trends for clothing brands, whilst at the same time directing the fashion pages for Snatch Magazine until 2011.

It was at this time that he began asserting a more personal style, expressed initially through his first paintings which evoked a conceptual rendering of childhood memories, mainly represented by kinetic and ludic representations of emblematic animals. 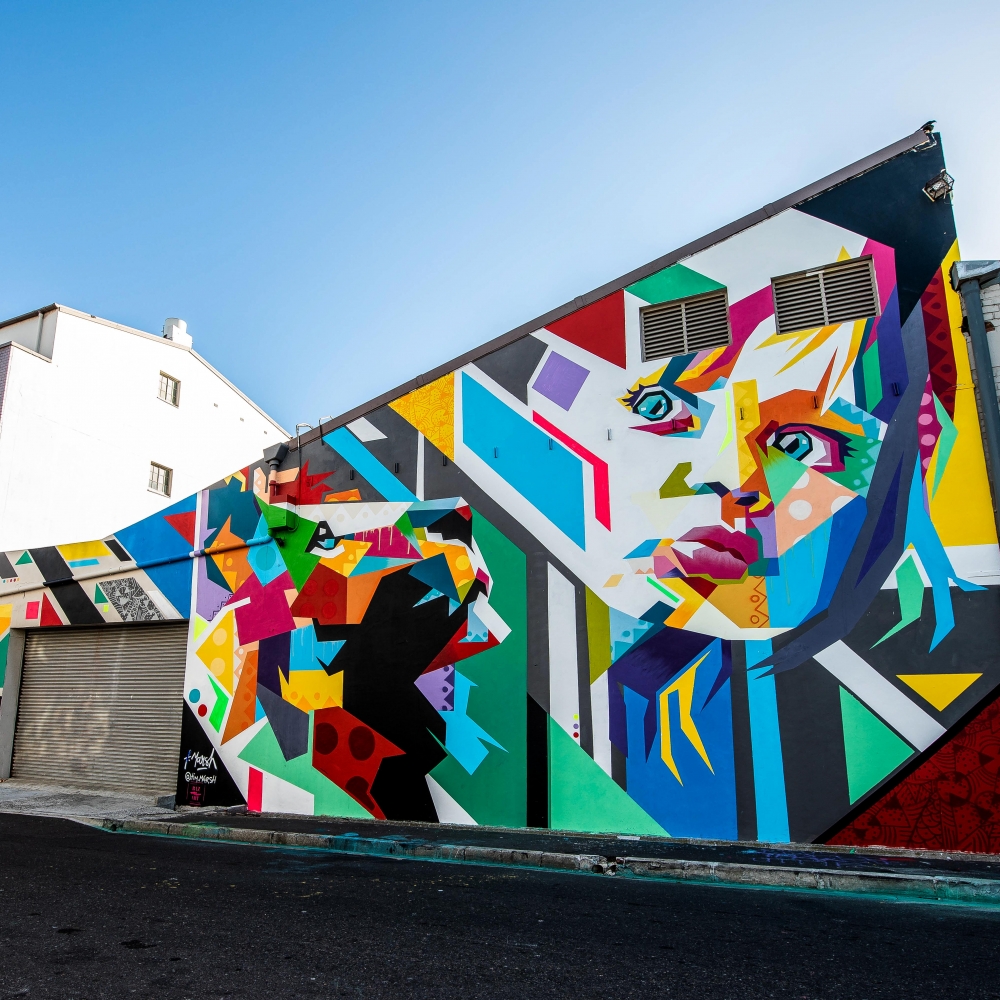