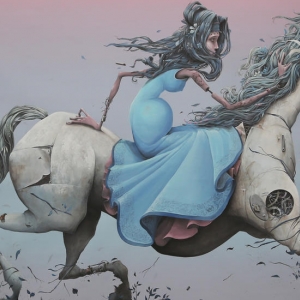 Victorien Liria, alias Maye, was born in Sète in 1990. Passionate about drawing, he first spoke in the streets of Montpellier with graffiti where he developed a research around lettering since 2004. Influenced by the local scene, he takes advantage of each meeting to continue his learning and succeeds in finding a place among his peers. His determination and talent allow him to quickly improve on the walls.

Self-taught in painting, Maye goes from wall to canvas in 2013. He works on these two practices in a complementary way. Painting on canvas allows him to use the experiments he has developed on ephemeral supports and begin to build his work in a sustainable way. Unlike the wall, the canvas being made to last, he takes the opportunity to display his taste for detail and narration.

His work on canvas makes us travel through allegorical scenes, inspired by his personal experiences, his memories and nourished by his imagination. Perfectionist, Maye likes to play with the depth of the image, the effects of light and materials to create landscapes where nature comes to cover the ruins of a futuristic world. The confrontation between technology and lush vegetation reminds us of the fragility of the relationship between man and nature. 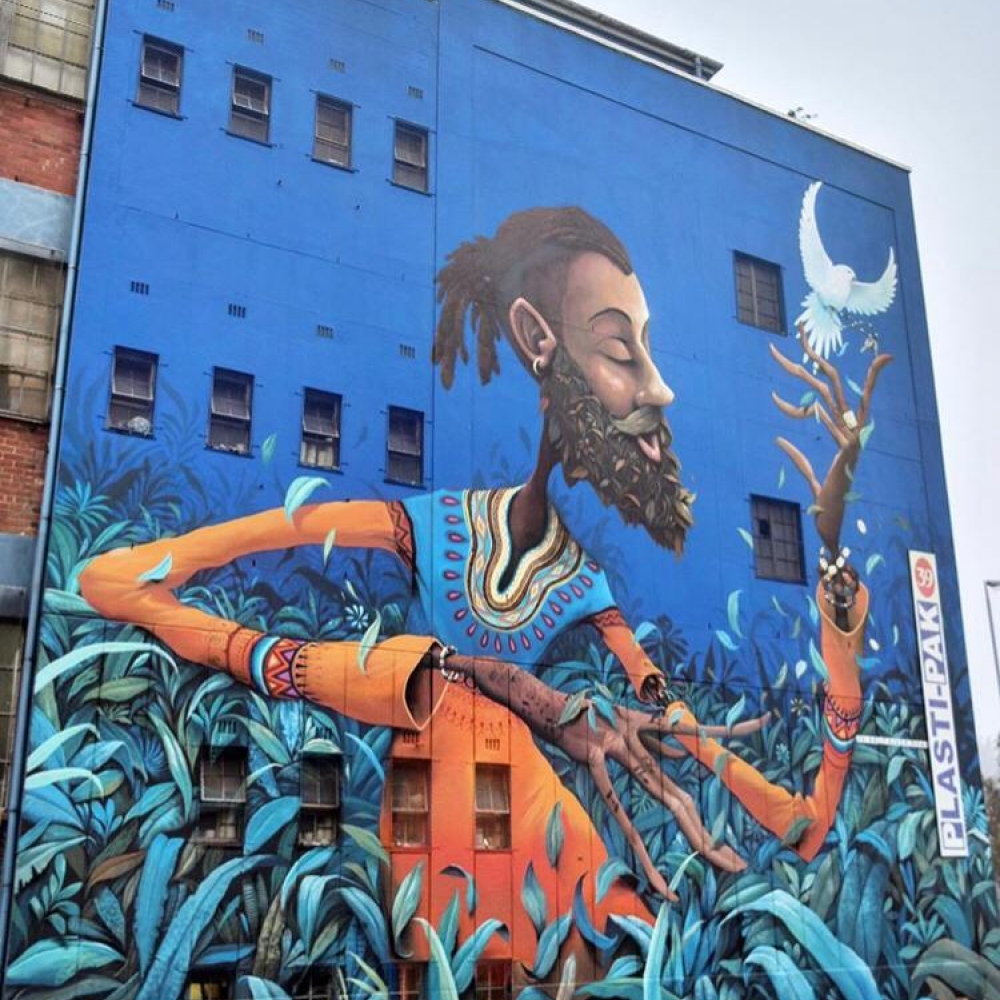