On the 20th April 2018, Justice Phukubje represented BAZ-ART, commissioned to work with Shoprite for a community upliftment project, focused on setting the foundation for early childhood development. Shoprite set out to refurbish an underprivileged crèche, “Sweet Home Day Care” in Malamulele, Limpopo, which has come to be known as the “comer stone of the community”.

Justice is from Limpopo and is said to have always had a flair for the arts. He considers his style “Realists” and he focuses largely on portraiture. For this activation, Justice painted an educational mural with alphabet letters and numbers alongside a chalk board to give the young and curious some space to explore their artist

Sweet Home Day Care, was founded by Ms Khomi Cinstance Maluleka after recognizing the great need in the community for a day care facility as children were often being left home alone while parents went out for work. Despite their limited resources, Sweet Home goes out of their way to aid setting the prime foundation for the young of the village. The meals and educational practices were often the only meals and learning the kids had for the day. 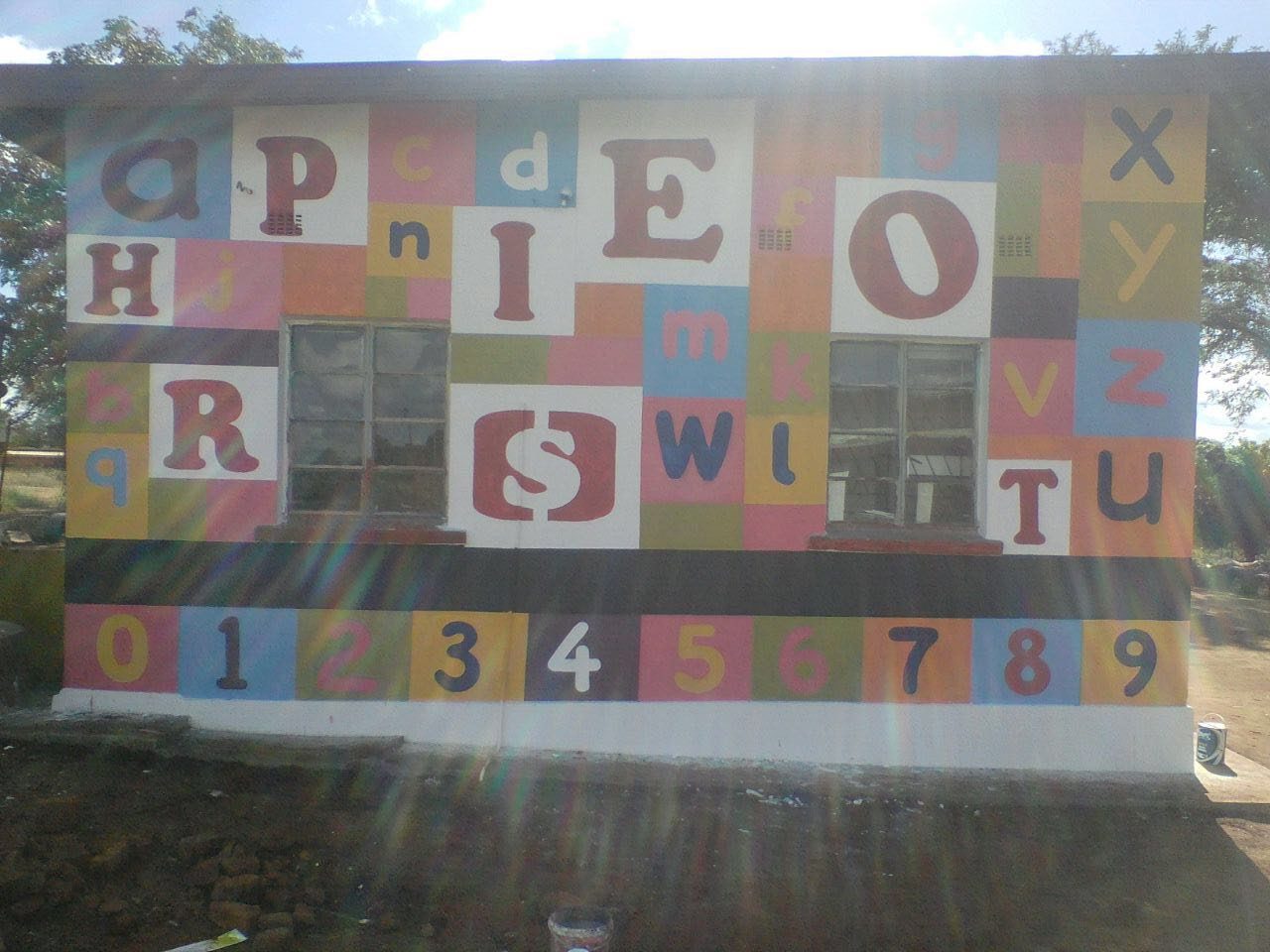 It is known that sufficient investment in early childhood development (ECD) can significantly improve national educational, health, social and economic outcomes. The phase between the ages of 0-4 years is the building blocks for when one’s entire life course are being laid down. It is the most critical part of growth as ones rate of physical and mental development is at its highest. Without this solid foundation, children start to fall behind, which becomes and accumulative educational disadvantage and requires additional intervention to help them catch-up. ECD is the most powerful investment in human capital that could be made to one’s life.

Maluleka is happy to provide the kids with warm, nutritional meals to ensure good nutrition which sets the base for good learning. Through the daily nutritional meals that are provided by Sweet home, more and more children are able to thrive in their community.

We applaud the efforts of Maluleka to give every child in the community the benefit of quality early childhood development. It is said that the “Task is great, and the hands are few” so we encourage all who happen to read this to reflect upon the role and importance that the first early years had on your life and to take some time out and sow into the lives of the less privileged and our nation’s future. It does indeed take a village to raise one kid so all your help is not only welcomed, it is vital for the prosperity of our land.

Once again through public art, we were able to plant seeds which shall sow a better brighter tomorrow.

#YOURBESTSHOT Five artists came together under one message