Maxwell Southgate, aka, Mak1One, is one of Cape Town’s most notorious self-taught graffiti art pioneers. 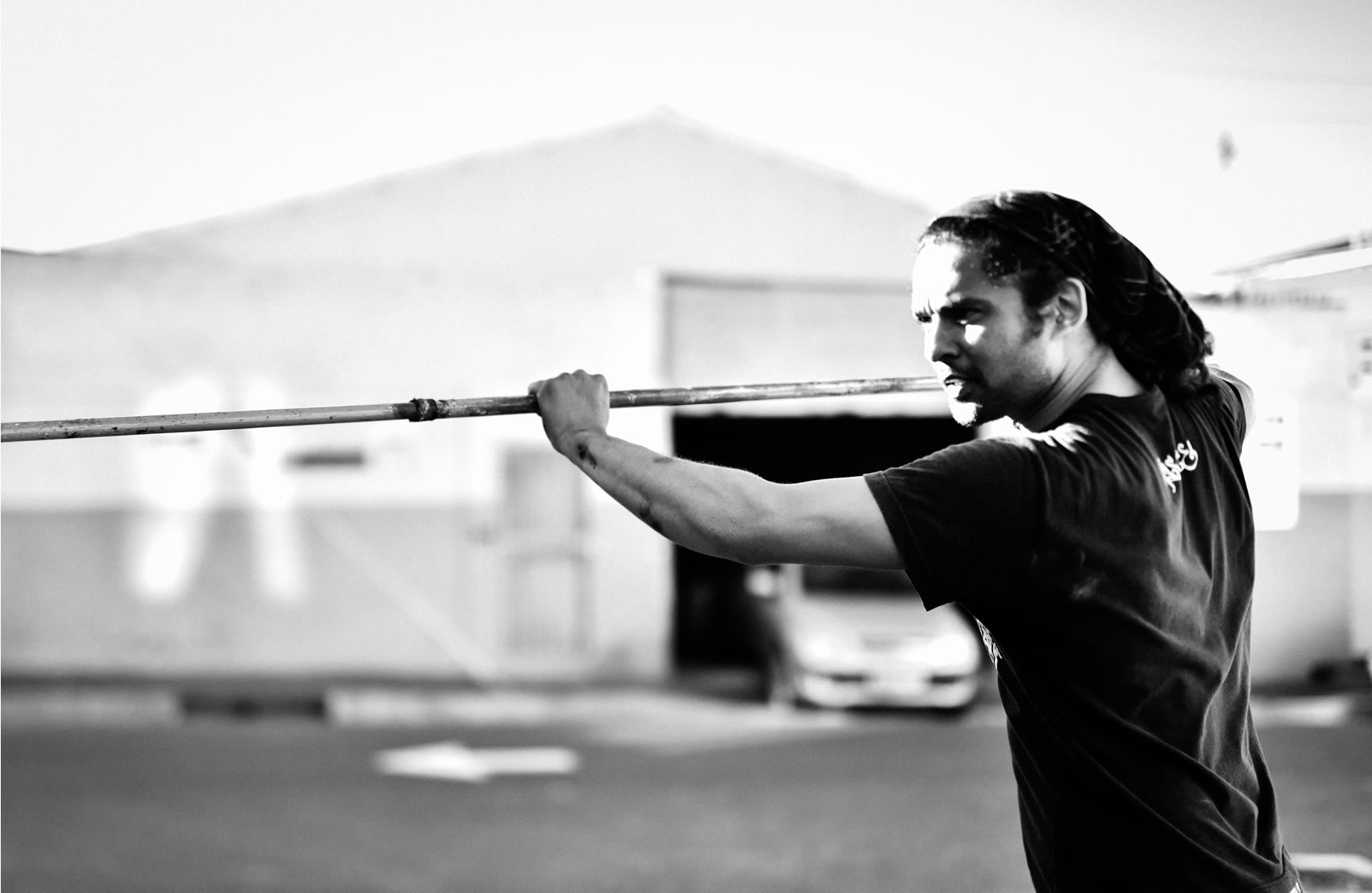 Mak1One grew up during the oppressive 70’s, a time of racial distress for all those of colour due to the apartheid governance and laws of segregation.

Maxwell’s childhood was an avalanche of experiences from the so called slums of Cape Town, South Africa. He grew up in neighbourhoods around the Cape Flats such as Retreat, Mitchell’s Plain, Lavender Hill, Princess Vlei and Steenberg. His experience growing up as a man of colour in those neighbourhoods largely groomed the character he has today.

He pursued graffiti, not as a means to fame but merely as a platform to express his thoughts and inspire others to question the governance of that time. His interest and role concerning graffiti was groomed by the environment and context of the apartheid era.

During the apartheid era, people of colour were subjected to segregation, by which, families, especially those considered “coloured” or “mixed race” were torn apart all on the base of race. Those who appear to be lighter or “white” were moved to more affluent areas and the rest to slums known as the “Cape Flats”. The act of segregation resulted in evictions, displacement and separation all contributing to an unstable sense of identity for those being affected.

Segregation, corporate punishment and a complex mix of other contributing factors all contributed to an unending frustration concerning who and what he was as well as what role he aught to play in the grand scale of things.

Graffiti as an art form and the culture of Hiphop, gave him an escape and a new way of looking at things. At first, he never imagined much could come from of it, he just followed his natural inclinations and continuously found himself surrounded by its influences.

Graffiti offered every individual despite “social and economical shortcomings” an equal opportunity to voice their thoughts and make their inner views public. The effects of graffiti were soon realised and laws were set in place to curb expressive artists from sharing their thought provoking works. The governance of the apartheid era understood the real power of “Graffiti” on behaviours of civilians and stared demonising the act. Constructing the narrative that it was merely gangsterism- the marking of territory. Graffiti, contrary to beliefs was actually educative, inspiring and relaying important messages of the context of the time.

By laws were then created to silence those of conscious thought as to not influence the thought hence behaviour of those who were less knowledgeable of the societal wrongs subjected against them. It also inhibited budding artists like Mak1one who had little to no access to opportunities from developing and exploring their talents in public spaces.

Despite all the odd against his favour, Mak1One kept on keeping on and he believes it was that quality that made all the difference and that which has given him the advantage that he has today.

Concerning his style, Mak1One credits it as ever-evolving and schooled by life. Unlike the many who mainly focus on lettering, Mak1One also depicts anime like characters, making his work a little more intricate and appealing. He often uses contrasts like soft vs hard; darkness vs light in his illustrations to aid the story telling aspect of graffiti. One of his many contrasting analogies that always provokes thought is: “What is stronger, the pavements or the grass?”. 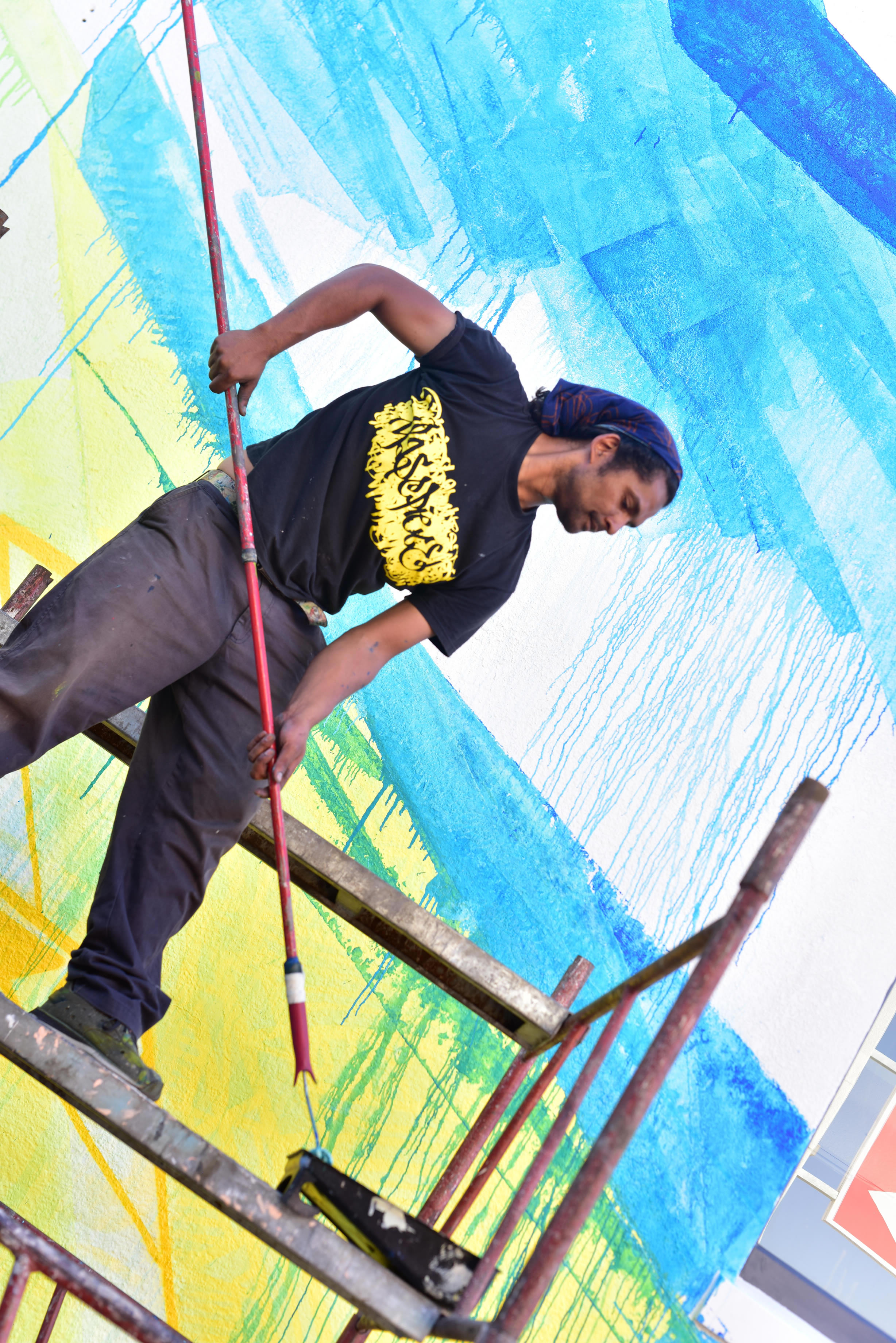 Through the biography of Mak1One and many other pioneering graffiti artists, we may now have a different perspective of the art and culture of street art. It was created, not as the “destructive visual nuisance” that we have been sold over the years but as a “identity outcry” and a means of “conscious messaging”. Created and executed for the oppressed by the oppressed to take a stand against the governing bully who were misleading the country and the rest of the world with its single narrative of Cape Town, South Africa.

By encouraging the development of this street art, Cape Town is able to share the values and real time concerns of local citizens with all who steps foot on our shores. Through street art we are able to share our heritage and cultural identity with the rest of the world.

Instead of incriminating the act, Cape Town should encourage and aid ways in which we could take South African street art to the next level.

BAZ-ART is privileged to have had Mak1One as one of the participating artists in our annual International Public Art Festival [IPAF, 2017]. It was through a mere coffee table discussion involving Mak1One and the founders of BAZ-ART that the organization found life. He remains a major contributor to the growth and development of street art in South Africa.

If the power of street art and our organization values resonate with you, email us to find out how you too may contribute to the growth and development of street art in South Africa

Helping us bring colour to the world, one wall at a time.