Anthea Missy is a self taught street artist from France now living in Brusses, Belgium.

She started painting in 2014 and has created works on the streets across cities of Europe, Asia and now features in Africa too. She embodies the ideal 21st century heroine who embraces her femininity and style despite soaring in a very male dominant industry.

She is known for her playful anima like characters inspired by Japanese pop culture. Her work conveys happiness and centres around love while tackling social and political topics. From a visual perspective, she’s keen on using a minimalistic colour palette and bold organic graphics.

Anthea uses graffiti as a medium to catalyze movements concerning positive change within different communities. Her aim is to inspire those who experience her work to action. Leaving all subjected to her work, wanting to spur on change themselves. 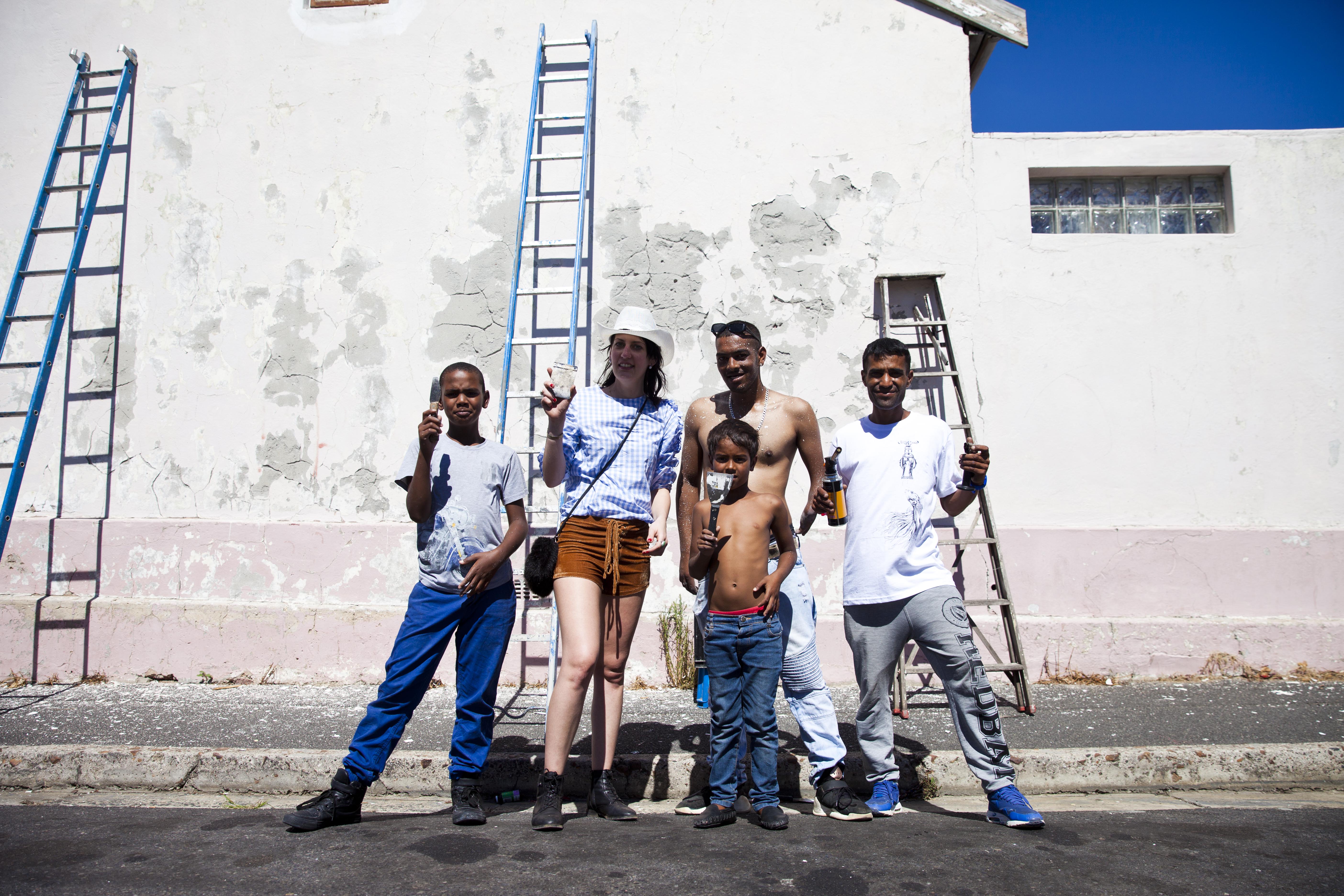 Her contribution to the International Public Art Festival in Cape Town revolves around environmental awareness and conservation and was inspired by a movement in her city in Brussels. Her mural depicts a campaign for saving trees. 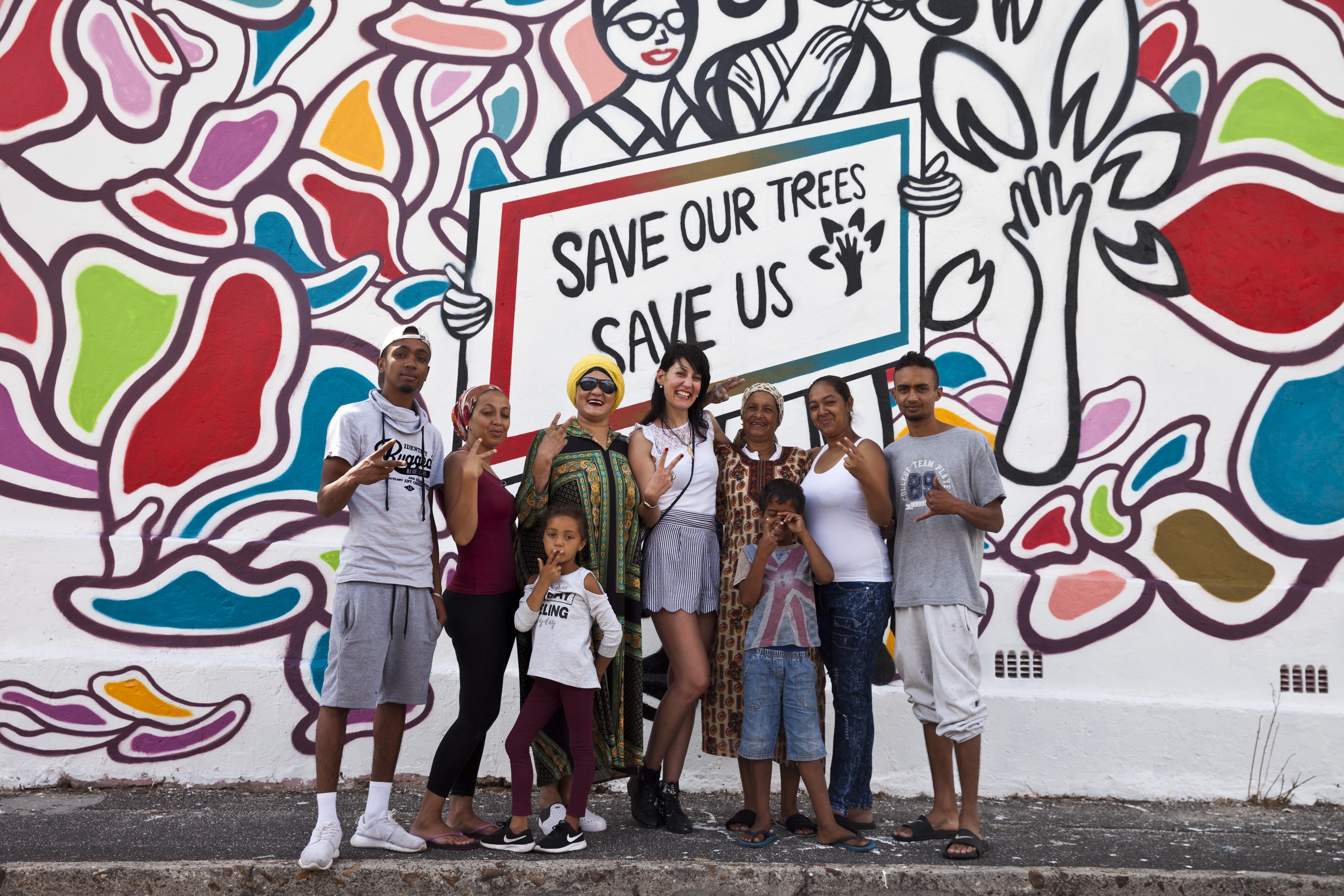 Anthea stays in a little garden city called Ixelles, which has recently been subjected to urban renewal, which involves deforestation of trees. ‘Dozens of trees were chopped down despite 4000-signatures petition calling for public participation and co-creation of public space.

A group of activists unified under one cause joined forces to fight for the conservation of the trees and public welfare in the community. Anthea’s role is to use the power of imagery and storytelling in such a way that it voices the opinions of the citizens.

She strongly believes in democracy and making even the meekest voice heard!