First Thursdays in Cape Town is a monthly event which allows for all to take the streets and explore the Mother City’s art scene. It creates a cyclical support for local artist while making vastly different types of art accessible to the general public. 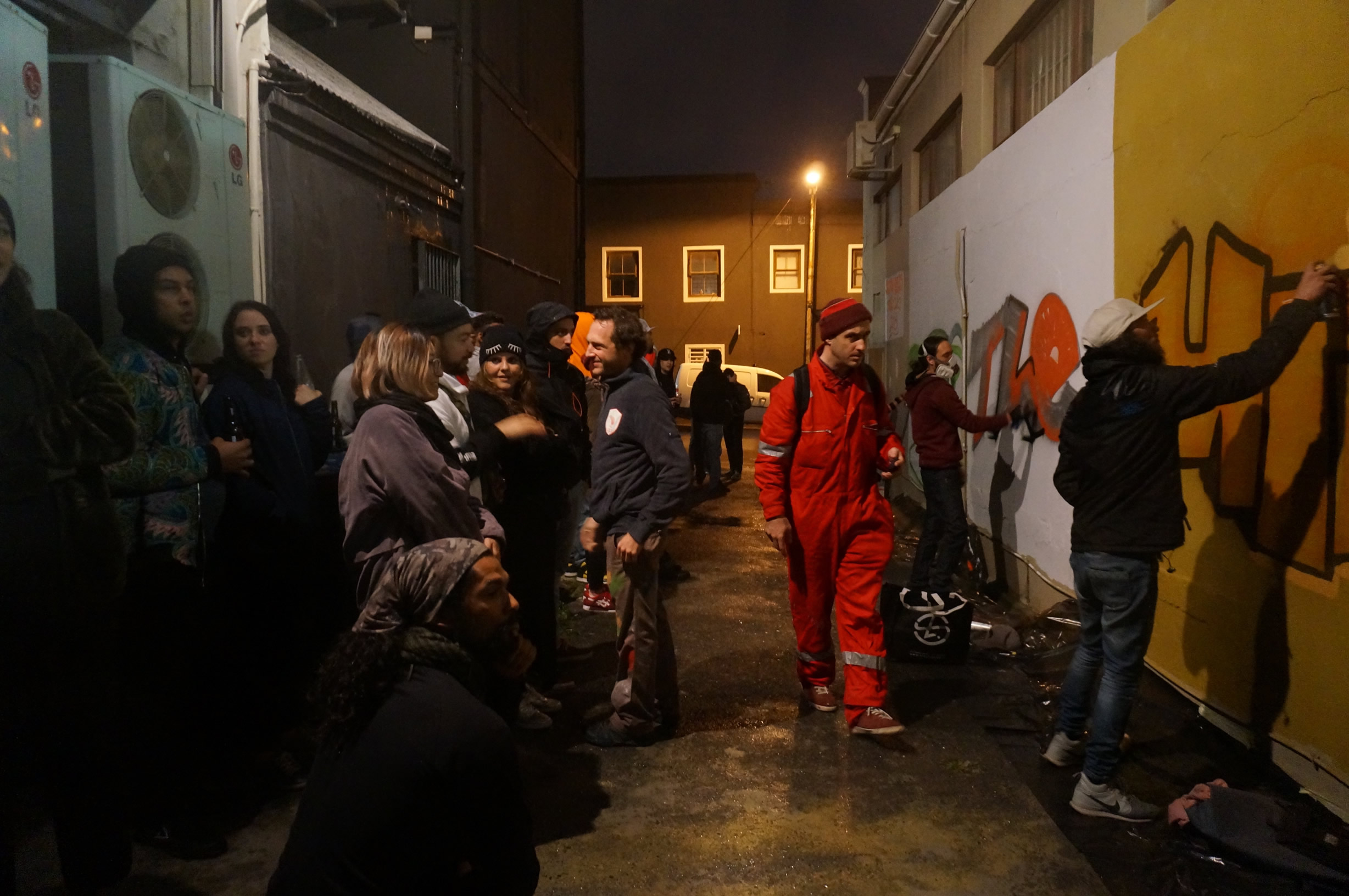 The battle took place in the parking ally way between Nude foods and Just Wine on Harrington Street in Cape Town. It comprised of about 16 artists and 4 rounds. Each artist was to bet 3 spray cans at the beginning and the winner takes all. Each round, the artists were given 5 minutes and 3 random letters and were to depict these letters as best as they could. The letters were judged and the winner would move on to the next round. The mural would then be painted with a fresh coat of paint in preparation for the next round.

The letters were to be judged by “Gogga”, one of the legendary graffiti art pioneers in Cape Town.

Though the competition was fierce, a merry festive spirit of community hung in the air as the artists created their masterpieces. The little ally way buzzed with excitement as the street art community watched the area’s most prolific artists compete for the grand prize.

The artists to go home with the honourable title of the “grand letterer”, prefers to remain anonymous but we can assure all that he put up quite the show.

The evening ended off at Surfa Rosa where all the attendees could grab a bite and a drink as closing to a dynamic and eventful evening.

The murals created by the artists will remain on the ally wall between Nude foods and Just Wine until the next 3x3x3 Battle. To experience their works first hand, do visit the ally way between Just Wine and Nude Foods on Harrington Street, Cape Town.

Through this event, we were able to create an environment where artists can freely challenge each other, refining their own abilities and taking Cape Town street art to the next level. We were also able to showcase street art culture among the growing fine art scene in Cape Town which allows us to demonstrate the skill it requires to participate in street art, keeping the street art culture alive and relevant in an ever changing urban dynamic.

We thank Taylor Murphy from Sins of Style Tatoo and L7 Craft Beer for having convinced the entire Harrington street to make this event happen, as well as Kamili Coffee, Nude foods and Surfa Rosa for their invovelment and overall support.